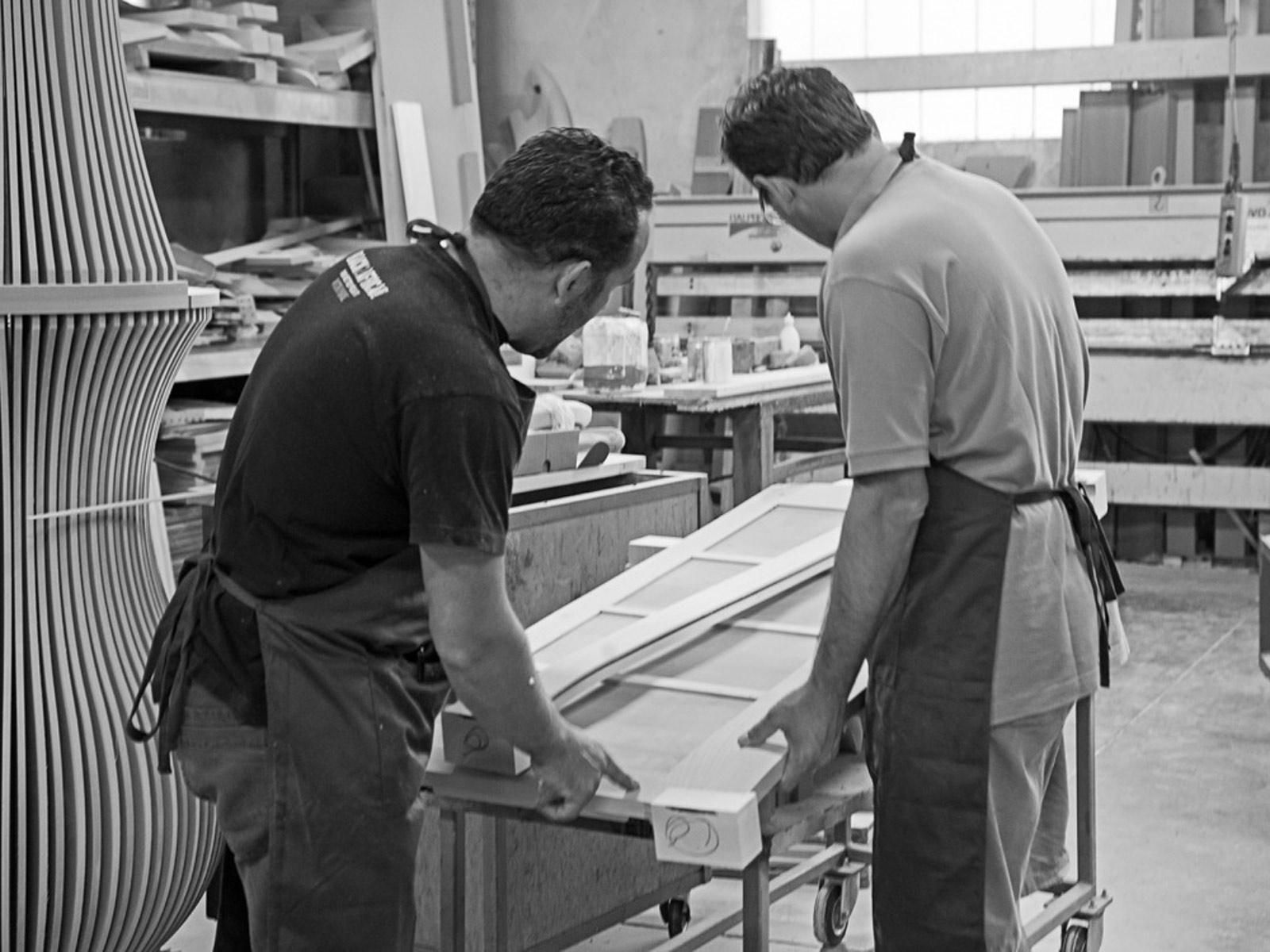 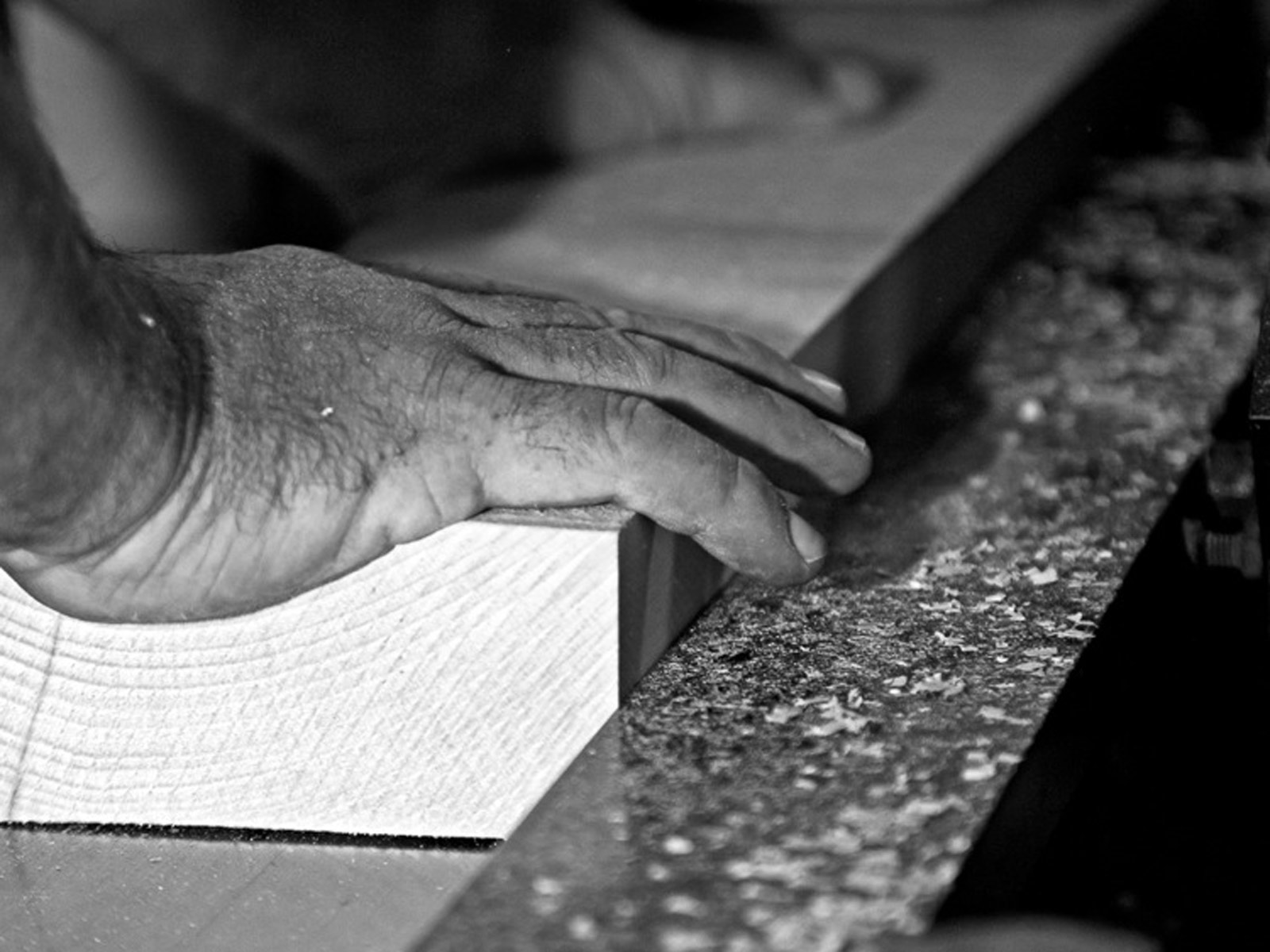 Wood is one of the first materials, together with stone, that mankind has ever known or worked: the first utensils and houses were built with it, and after the discovery of fire, man used it to keep himself worm.

It is used to the same ends to this day.

Each kind of wood has its own features, and though many present themselves with similar colors and shades, every plant is different even if it belongs to the same species. This is also true if we take into consideration a single plant; no one point is equal to another, and heterogeneity, or to be more precise, anisotropy, is its first important characteristic. Anisotropy refers to a diversity which depends on the direction of the surface that is to be considered (transverse, radial, tangent).

Trees can be divided into two macro species from a botanical point of view: softwoods and hardwoods.

Trees belonging to the first group have needles instead of larger leaves, that for the most part don’t fall during the winter, and their fruit are cone shaped. Among the most common are the pine, the spruce, the yew and the cypress.

Hardwoods have larger leaves that usually fall during the colder seasons when growing in areas characterized by temperate weather, as in the case of the oak or the chestnut tree.

In commerce, timber coming from conifer woods is considered tender and soft, whereas broad leaved wood is considered hard and robust. 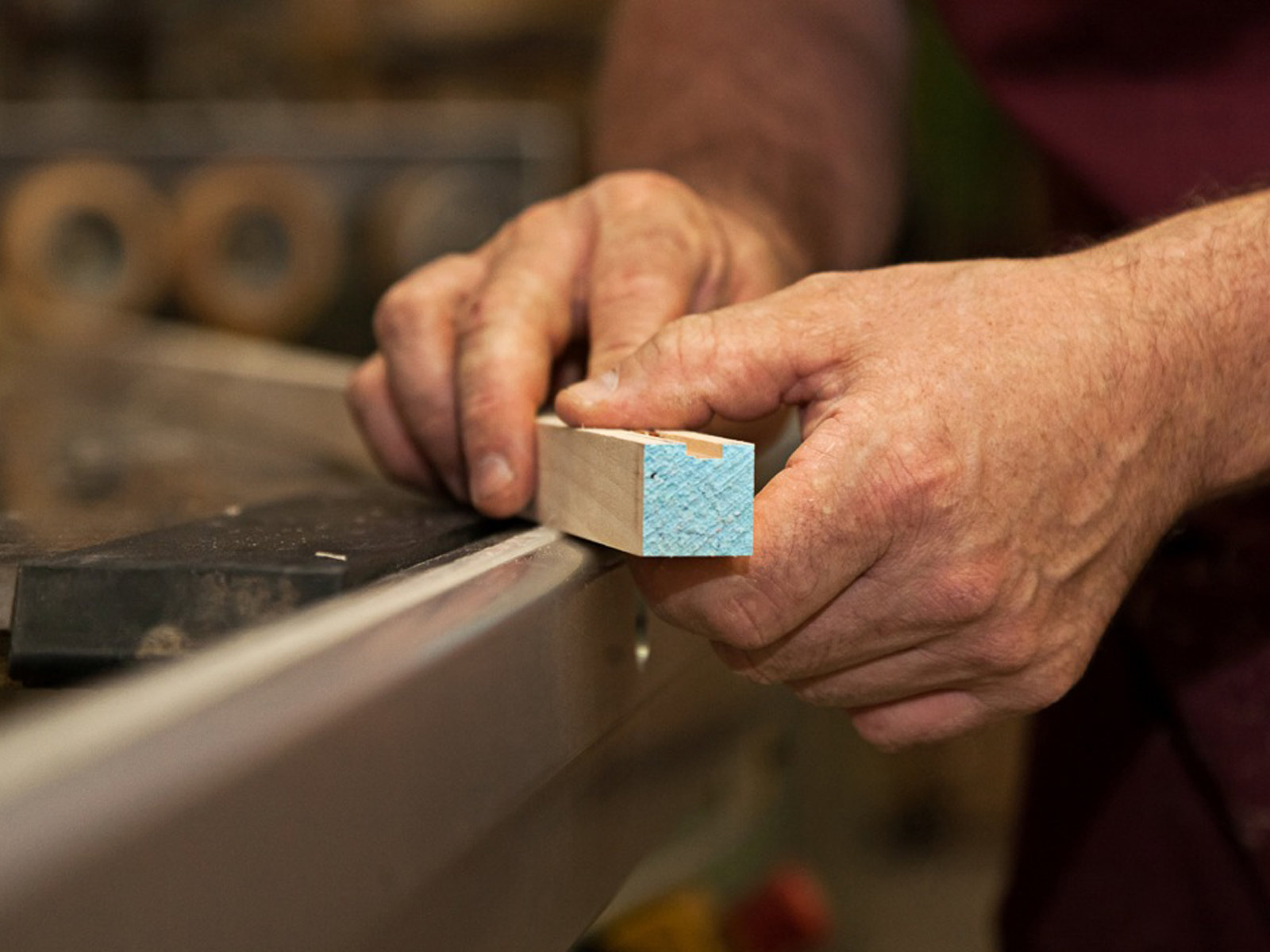 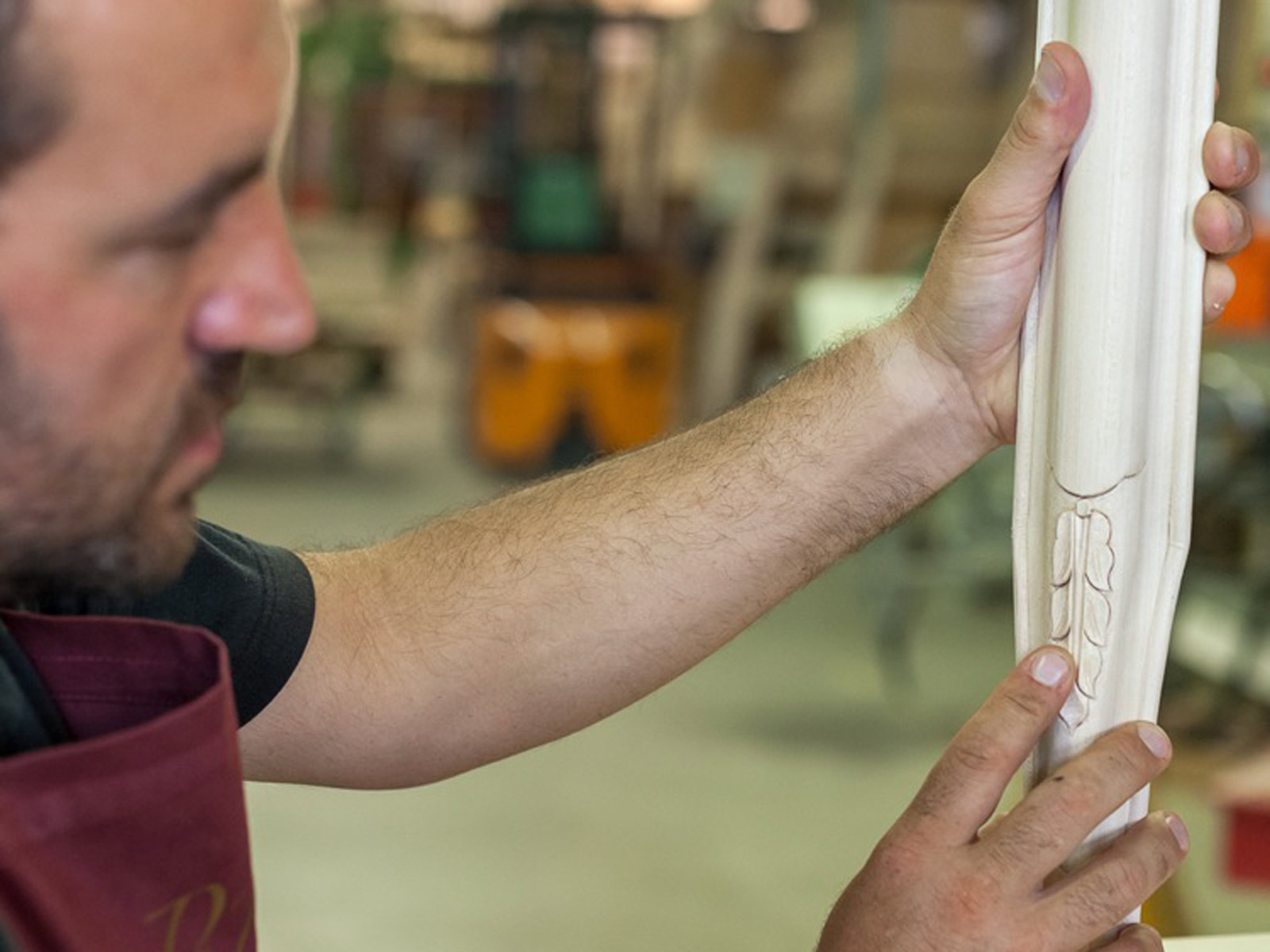 Wood resistance is its ability to fight external solicitation, be it mechanical or atmospheric. The most resistant part of the trunk is its radial section, which exposes grain along the broader surface of the board. On the other hand, the weakest part is perpendicular to the veining.

Density expresses the mass/volume ratio of every species of wood: it is sometimes referred to as compactness, and it is a very important parameter in choosing a kind of wood that will bear heavy structural loads.

Hardness is the property that allows a material to be penetrated and perforated by a foreign and external body. In the case of wood this translates to its propensity to be cut and worked on.

Harder woods are more resistant to compression than soft woods.

Finally, stiffness is a feature wood possesses and that allows it to be bent. 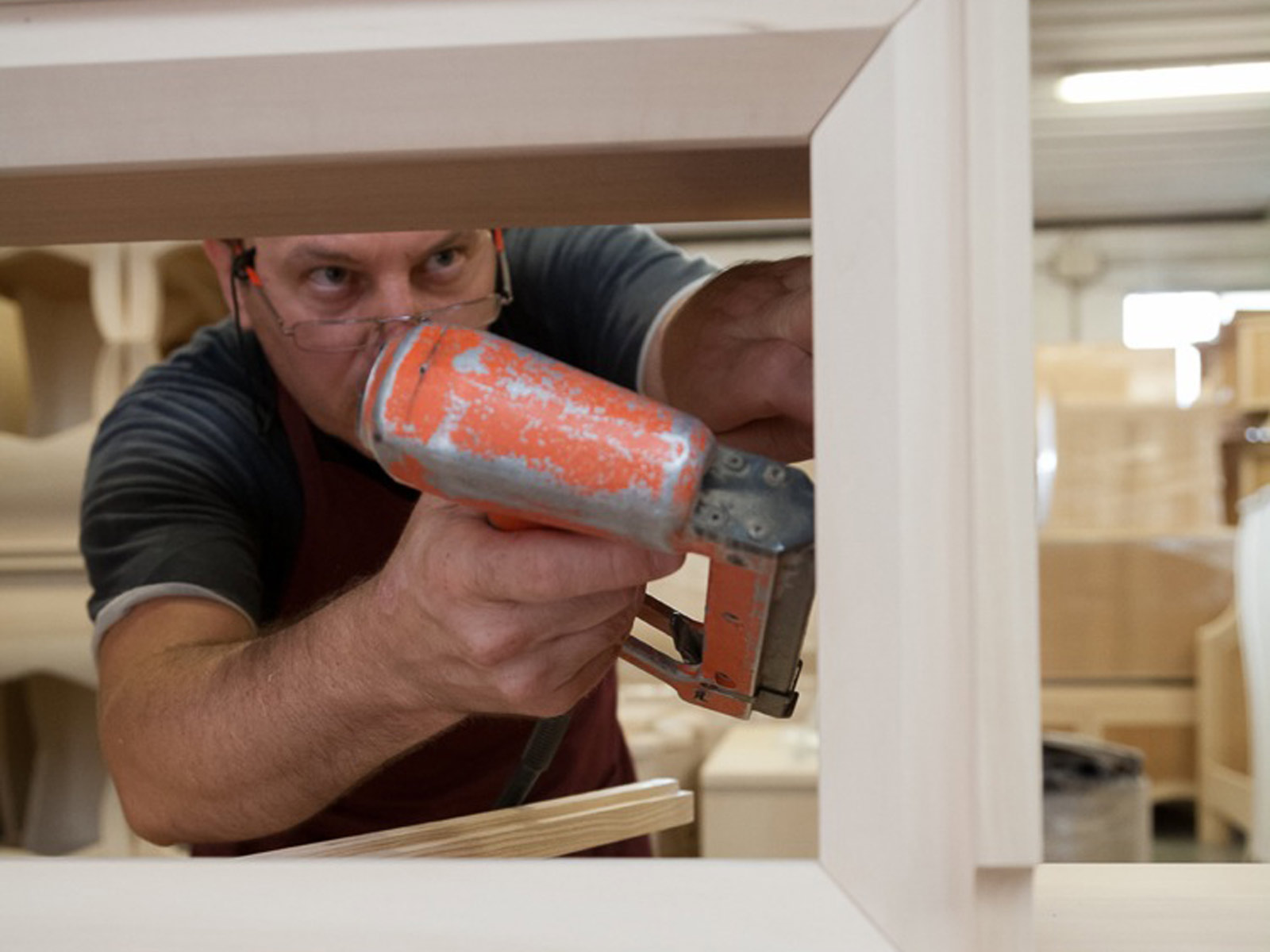 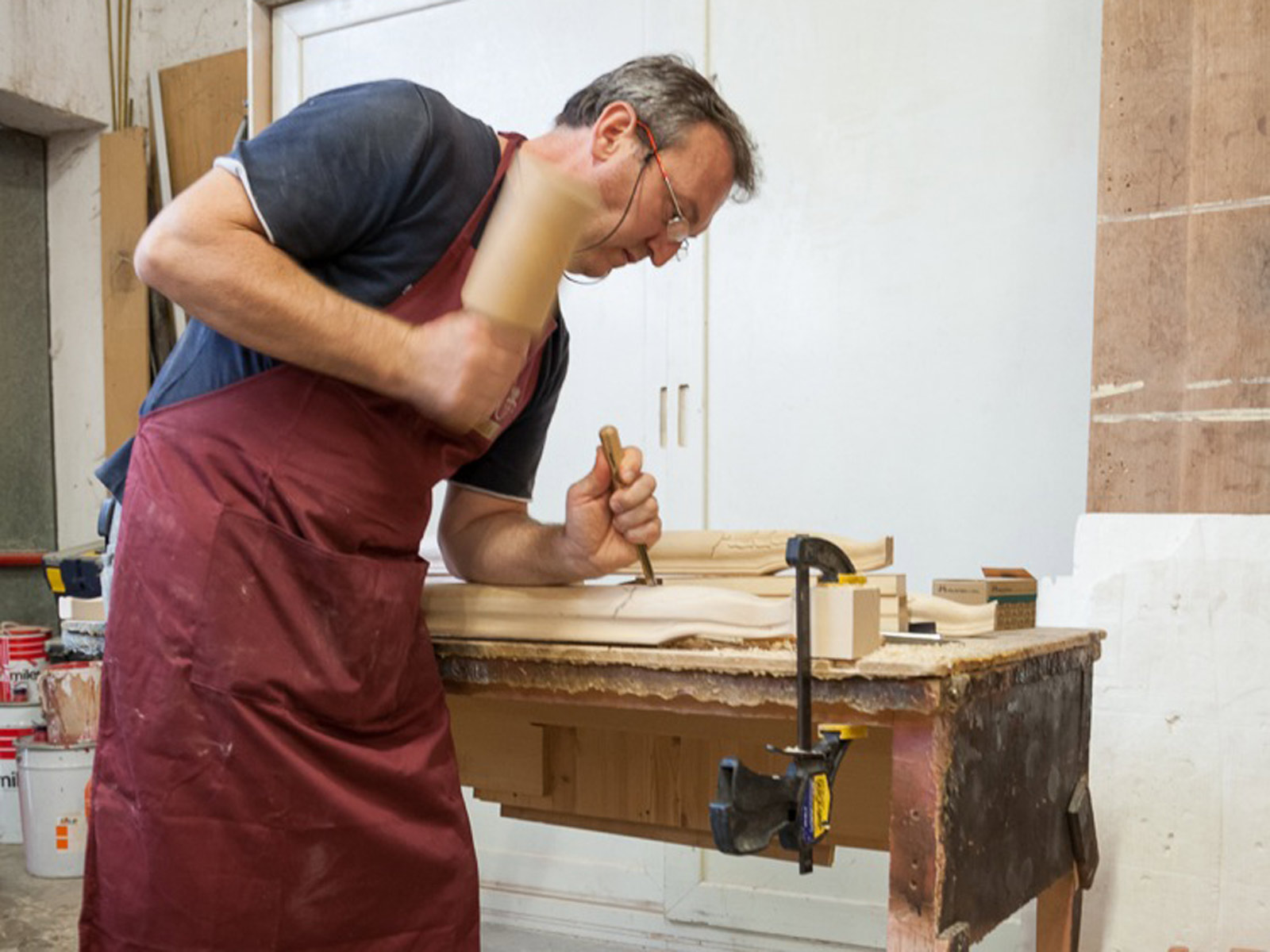 Factors that condition physical properties of timber are environmental: dampness in particular is a very effective influence. A plant may contain humidity levels that exceed 100% with respect to its own (dry) weight, in the form of vapor or liquid that is transported through the cellular system. When the tree is cut down it gradually releases its humidity with consequential loss of weight, though not affecting volume. Only when the level has dropped to 30%, what is known as the fiber saturation point, does the tree start progressively decreasing in volume, an important phenomenon called dimensional shrinkage.

Wood seasoning starts from cut planks which may go through specific drying kilns that can bring the humidity down to a very low level (6%) or be exposed to natural air, with the boards piled on one another but separated by slats that allow the seasoning to be consistent on both faces.

The natural air-drying process is quite slow. It can take up to two years before the wood reaches a humidity balance with the environment around it, around 12-15%.

Wood that has been dried in a kiln is usually harder than naturally seasoned wood, it deteriorates less, it is more stable and for the aforementioned reasons also lighter.

For these reasons we believe it is preferable to always start from the best possible condition when choosing our wood in the making of every piece.